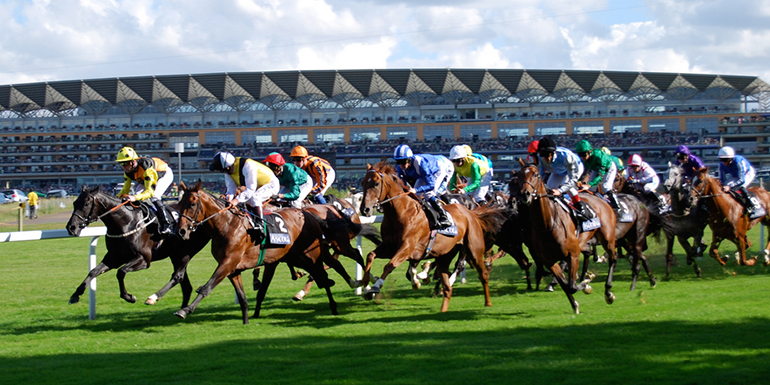 Solow, who won the Queen Anne Stakes at Royal Ascot last summer, returned to action with a smooth win at Chantilly ahead of what is expected to be another fantastic season for the French star.

The six-year-old was sent off as the 1-6 for the one-mile Prix Montjeu and his victory was his tenth consecutive success, a sequence which includes five Group One titles. The Freddy Head star is one of the finest milers in the world and his return to action was hotly anticipated.

The race wasn’t as straightforward as it could have been as jockey Maxime Guyon was short of room coming up the rail. The experienced jockey had to quickly shift his mount to the outside but once he did he readily saw off Vadamos, a Group 2 winner and a smart horse in his own right, by a length-and-a-half.

Solow was one of the stars of Royal Ascot in 2015 and returned to the track for Champions Day to win the Queen Elizabeth II Stakes, sealing his place as one of Europe’s best performers and everyone will be hoping he returns for Royal Ascot 2016.

Head said after the race, “He didn’t have the best of trips but you get moments like that. Maxime found himself in a bit of difficulty and the second horse hampered him a bit but it was exceptional the way he got stopped and then picked up again in three strides.”

“He really showed his class and he is a superior horse. I think he is at least as good as he was at this stage last year if not a bit further forward.”

Royal Ascot is without doubt the highlight of the flat racing and we are delighted to offer the very best hospitality packages for all five days of the Royal Meeting. 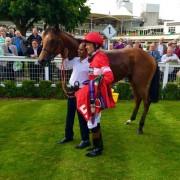 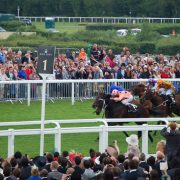 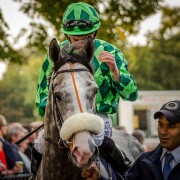 Moore sticks with The Grey Gatsby for Royal Ascot
0 replies

Royal Ascot 2016 the aim for Belgian Bill
Scroll to top