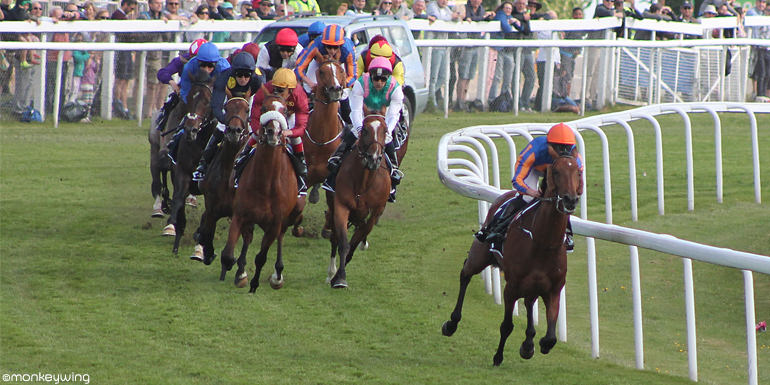 Trainer Kevin Ryan will send The Grey Gatsby and Ashadihan straight to Royal Ascot 2016; after the pair were both withdrawn from their races at the Curragh on Irish Guineas weekend.

The Grey Gatsby, second in the Prince of Wales’s Stakes in 2015, was due to make his seasonal reappearance in the Group 1 Tattersalls Gold Cup. While Group 3 winner Ashadihan was due to take on Minding in the Irish 1000 Guineas.

There was a major shock in the 1000 Guineas as 4-11 favourite Minding was unable to get to the leader Jet Setting who completed a remarkable victory for a horse who cost just 12,000 guineas and was supplemented for the race.

However the rain softened ground on day two of the meeting would have gone against both runners and Ryan took the decision to remove them from their respective races. Now they will head straight to Royal Ascot.

The Grey Gatsby will be looking to go one better after his narrow loss to Free Eagle at the Royal Meeting in 2015.

Ryan said: “We’ve taken both horses out. The ground is very soft, neither of them would like it, so it’s pointless running them.

“They’ll both go straight to Ascot now. We’ll take him (The Grey Gatsby) for a racecourse gallop and we’ll have him spot-on for the Prince of Wales’s Stakes. She probably won’t run in the Commonwealth Cup. We’d be looking at the Coronation Stakes.”

Ryan’s Ashadihan could meet Jet Setting at Ascot after trainer Adrian Keatley said, “She has an entry at Ascot. She wants a bit of ease in the ground so we’ll have a look and go from there.”

Clive Cox is aiming for Group 1 glory at Royal Ascot with his star sprinter Profitable, who will run in the King’s Stand Stakes.

The four-year-old has made a superb start to the 2016 season taking the Group 3 Palace House Stakes, before beating red-hot favourite Mecca’s Angel in the Group 2 Temple Stakes at Haydock on Saturday.

After the race Cox confirmed that Royal Ascot was the next meeting on the agenda for the progressive sprinter saying: “He will go to the King’s Stand Stakes now. He has come out of his last race absolutely super and I am pleased with the way that he has taken it.

“I did feel he would come on for his first run at Newmarket and for him to win first time up was fantastic.

“I was a little bit concerned about the ground on Saturday as I always felt he is better on a better surface.

“To win like he did on Saturday confirmed that he has progressed over the winter.”

The market for the prestigious event is currently headed by the Wesley Ward star Acapulco, who will be looking for a second consecutive season. 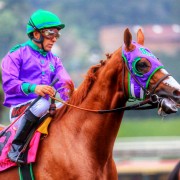