Royal Ascot returned with limited attendance in 2021, with just 12,000 spectators allowed into Ascot Racecourse each day as part of the UK government’s Events Research Programme (ERP) due to the impact of the coronavirus pandemic.

The British government introduced ERP to determine whether crowds could safely return to large venues such as racecourses, festivals and other sporting stadia without social distancing. Instead of social distancing, the pilots will explore different approaches such as ventilation and testing on entry to assess whether events can return to the total capacity.

The science-led pilots have been launched over numerous stages, with Wembley and the World Snooker Championships part of phase one and Royal Ascot in phase two, along with the UEFA European Football Championship.

After considering the evidence gathered during the pilot events, such as pre and post-event coronavirus test results, the board will advise British Prime Minister Boris Johnson on how restrictions can be safely lifted and maintained. The UK government will then use the evidence from the pilots to shape future policy around rules for crowds at large events to minimise the risk of transmission.

In 2021, racegoers visiting Ascot Racecourse were required to present a negative COVID-19 Lateral Flow Test taken on the day or the day before attending the meeting before being admitted into the venue. In addition, attendees were also asked to take pre-and post-event PCR tests to support research around transmission.

Under the ERP conditions for Royal Ascot, social distancing measures were relaxed around the perimeter of the Racecourse, allowing for: 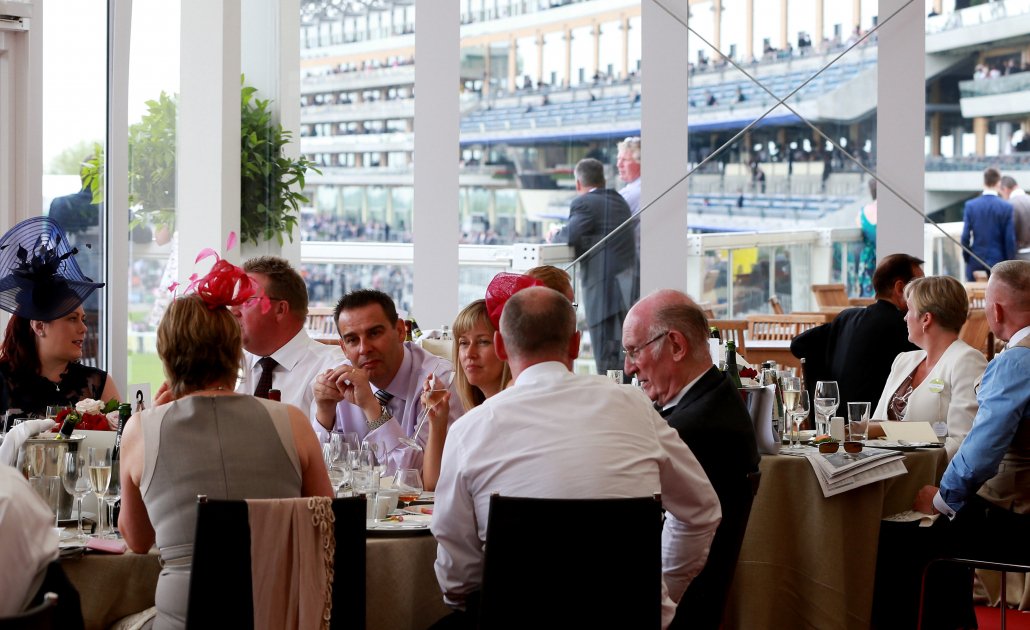 Although social distancing and mask-wearing are still mandatory in the Parade Ring, racegoers, trainers, jockeys, and staff members appeared in high spirits after the famed Royal Ascot was held behind closed doors in 2020.

Her Majesty the Queen also looked radiant in a mint green ensemble, emerging from a car with a massive smile on her face, having chosen not to attend Royal Ascot last year due to the coronavirus pandemic.

Earlier this year, the Queen also announced that she had approved to extend the Royal Meeting from six races a day to seven.

Queen Elizabeth II confirmed that the Royal Meeting would now stage seven races a day, after approving the naming of a new handicap, titled the Kensington Palace Stakes, which is run over the Old Mile for fillies and mares four years old and over.

Although eight races were not run on the Saturday, signs that the coronavirus is abating could see the Queen reinstate the Royal Hunt Cup and the Wokingham Stakes for 2022.

Ascot CEO Guy Henderson, who will be stepping down from his position in 2022 after eight years at the helm, said: “It’s business as usual as we continue to deliver on the 2021 racing and events programme in the run-up to Royal Ascot 2022. Next year’s Royal Meeting is bound to be a unique event at Ascot as it falls into the Platinum Jubilee year.”

“We were delighted to have presented more opportunities to participate by permanently increasing the race card from six to seven.

“Despite the coronavirus, a positive we drew from Royal Ascot 2020 was the additional races, which has been revered by owners, trainers, breeders and jockeys.”

Five days of unparalleled racing will be returning to the jewel in the crown of the British social season, with the order of running expected to be based on the 2021 schedule.

Although a new Royal Ascot style guide will be published in 2022, expect some of the most spellbinding events to remain the same, such as the Royal Procession, which arrives at Ascot Racecourse as the clock strikes two, alongside singing from the Bandstand. 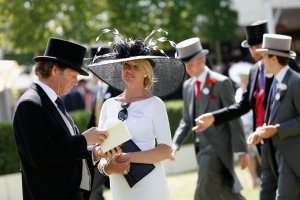 Although not quite the £8 million Royal Ascot had hoped for, Ascot officials revealed that the prize money bounced back to just over £6 million in 2021 – a 67% increase on the £3.61M offered in 2020.

In October, Ascot Director of Racing and Public Affairs Nick Smith also revealed that officials are already working on prize money plans for 2022. He stated: “We hope to continue our pre-pandemic prize money trajectory next year now that crowds are returning in full.”

Due to the coronavirus pandemic, trading income for Royal Ascot had slumped by 80% in 2021, with the £6 million prize-pot, just 75% of what the Ascot Racecourse had initially planned, having run the meeting behind closed doors in 2020.

Pandemic cover is no longer available either, meaning it is up to the business to absorb the steep eight-figure loss suffered last year. And yet, although turnover was down 77% in the year, Ascot Chief Executive Guy Henderson insisted that the Racecourse is in a solid position to bounce back, having not needed to increase borrowing in 2021.

Mr Henderson stated: “Although the pandemic has hampered our long-term financial trajectory for several years, we want to support the industry by making significant steps towards returning prize money to pre-pandemic levels.

“There would be no racing without owners, and all of us at Ascot are grateful for their lasting commitment and thank them for their support.

“We also appreciate our official partners, QIPCO and Longines, as well as our official suppliers, sponsors, broadcast partners and betting media partners for sticking with us, especially given that the level of uncertainty was almost intolerable at times.”

Like the UK, many other countries operate a Tote betting system. To create one big pool, Ascot Racecourse collaborated with the Hong Kong Jockey Club, TDCO Limited and Tpoolco Limited to form a global pool, called World Pool, consisting of more than 20 countries.

World Pool, developed to bring a new facet to betting, operated for the third time in Royal Ascot history this year. It was extremely popular during 2020 after the Royal Meeting was held behind closed doors, running for all 36 races, with major horse racing nations, including the UK, Hong Kong, Australia, Japan and the US, betting into a single pool.

World Pool was promoted by the Tote as “Tote Superpools” to increase liquidity for racing fans who were unable to attend Ascot Racecourse due to coronavirus restrictions. The success of World Pool was made evident by the wagers, which increased from £92.2 million in 2019 to £137 million the following year.

The most significant investment was in the Sandringham Stakes on Royal Ascot Thursday, which totalled a jaw-dropping £5.3 million!

In fact, there were more than 18 pools containing over £1 million, creating some incredible value for punters. The Tote Win price exceeded the Industry Starting Price (SP) nineteen times across the 36 races. It also matched the SP on the remaining occasions, resulting in a 9% higher return based on every £1 bet on the winner during the week.

The success evidenced during 2020 saw World Pool extended to operate across other Ascot Racedays, including the thrilling finale in flat racing – the renowned QIPCO British Champions Day.

Champions Day 2021 has been described as one of the best meetings on paper in several years. There were undoubtedly some phenomenal performances, with Baaeed maintaining his unbeaten record in the Queen Elizabeth II Stakes and Sealiway toughing it out to claim the Champion Stakes.

World Pool will also be in operation for the following meetings:

Official Royal Ascot Hospitality Suppliers 2022
Please fill in the form below and one of our hospitality experts will be in touch shortly.
× product(s) added to cart → ×