Royal Ascot features some of the most prestigious and historic races of the flat season with the five-day meeting featuring eight Group One contests – the highest category of flat racing. Each day sees the best horses from around the globe compete to put their names into the history books.

Some of the big races included the St. James’s Palace Stakes on the opening day of the Royal Meeting and the Gold Cup the blue riband contest of Royal Ascot Ladies Day. Below is our guide to the five biggest races of Royal Ascot 2023.

The anticipation begins on the first day of Royal Ascot with six races, three of which are Group One races: Queen Anne Stakes, King’s Stand Stakes and the feature race, St James’s Palace Stakes. The race has been won by some high-class horses in recent times including the invincible Frankel in 2012. The King Stand Stakes, one of the world’s most renowned sprint races attracts horses to run in English, French and Irish 2,000 Guineas.

In 2017, Barney Roy won the St James’s Palace Stakes at Royal Ascot as Godolphin celebrated a superb treble on the opening day of the event. The 5-2 winner, trained by Richard Hannon and ridden by the fearless James Doyle, triumphed in style as the favourite, Churchill, finished in fourth.

Barney Roy had been a runner-up to rival, Churchill, in the 2000 Guineas at Newmarket in May, but it was the former who proved the better of the two this time at Ascot, winning the enthralling contest by a length.
Not a bad way to start a phenomenal week of action.

The feature race on day two of Royal Ascot is the Prince of Wales Stakes, a Group One contest run over a mile-and-a-quarter. It was granted Group One status in 2000 and has become one of the biggest races in the calendar for horses aged four and up.

Highland Reel stole the headlines in 2017, showing his phenomenal class to win the Prince of Wales Stakes for trainer Aiden O’Brien. The 9-4 shot, ridden by the courageous Ryan Moore, soared past runners-up Decorated Knight and Ulysses.

The Irish Thoroughbred prevailed by one and a quarter lengths for the sixth Group One victory of his prospering career and the 300th top-level triumph for his accomplished trainer.

The feature race on Ladies Day at Royal Ascot is the Gold Cup, a Group One contest run over a gruelling two-and-a-half-mile. The race was first commenced in 1807 and is the most prestigious race for long-distance horses and the guests enjoying the wonderful Royal Ascot hospitality facilities will see the world’s best stayers in action.
Last year’s contest gave guests a remarkable spectacle to savour as Big Orange pipped previous winner, Order of St George, by a short head in an epic finish to win the prestigious Gold Cup.

The 5-1 winner, ridden by the well-regarded James Doyle for trainer Michael Bell, clung on for a memorable triumph after a captivating battle in the final furlong.

The feature race on the penultimate day of Royal Ascot is the Coronation Stakes, a Group One contest for three-year-old fillies over one mile. This premier contest for the best fillies from around the world always thrills the guests enjoying the excellent Royal Ascot hospitality facilities.

Winter showcased her superiority in 2017 with a decisive victory in the Coronation Stakes, much to the delight of trainer Aiden O’Brien and jockey Ryan Moore. The three year old daughter of Galileo, and 4-9 favourite, was travelling well under Moore and when asked to deliver her challenge in the home straight, she surged away from the chasing field to score by two and a quarter lengths.

A phenomenal win for the three year old filly.

The feature race on the final day of Royal Ascot is the Diamond Jubilee Stakes, a Group One contest for sprinters over six furlongs. It is traditionally one of the quickest run races of the season and is part of the Global Sprint Challenge, so guests enjoying the excellent Royal Ascot hospitality facilities are in for an electrifying race.

The 2017 race made for splendid viewing, with The Tin Man storming to victory in the final flurries of the contest. Jockey Tom Queally, who had guided the legendary Frankel to all of his 14 wins, produced a fantastic ride on the 9-2 chance.

After surviving a late stewards’ inquiry into bumping in the final stages, The Tin Man soared to victory in emphatic style to cap off a fabulous five days of action.

Take a read of our ultimate guide on Royal Ascot, including dates, race times, prize money and other information. 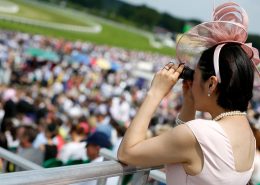 A wonderfully exclusive facility, The Furlong Club offers superb panoramic views of the racecourse from its private decked terrace and marquee. With a fabulous four-course lunch to savour, as well as a complimentary bar and flawless table service provided throughout 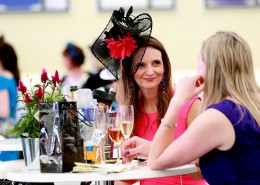 Located just 300 metres from the winning line, The Lawn Club has excellent views of the racing from an elevated terrace and includes informal dining within an intimate, luxurious marquee setting. 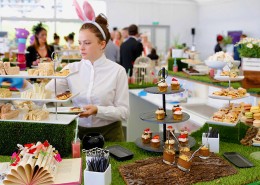 Enjoy a memorable day in the Royal Ascot village, set trackside on the Heath with a view of the Grandstand, a bustling and exciting atmosphere lies within. 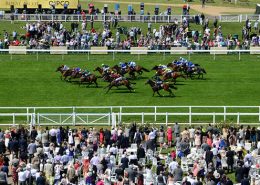 Enjoy the ultimate Royal Ascot 2023 experience from our luxurious private box. With stunning views of all the world-class racing and exceptional hospitality, you are guaranteed to enjoy a truly unforgettable day.