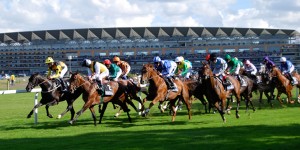 Trainer Clive Brittain, who won six British Classics and enjoyed back-to-back Royal Ascot success with Rizeena, will retire at the end of the season. The 81-year-old has been a regular at the Royal Meeting, and guests enjoying Royal Ascot hospitality packages were thrilled on many occasions by his superstar horses.

The Newmarket trainer tasted his first piece of Classic success in 1978 when Julio Mariner won the St Leger at odds of 28-1. That win was followed by User Friendly who won the world’s oldest Classic in 1992. Brittain also won the 1,000 Guineas (twice) the 2,000 Guineas and the Epsom Oaks in an astonishing career.

Brittain’s success also stretched to overseas where he won the Breeders Cup with Pebbles in 1985 and his triumph by Jupiter Island in the Japan Cup was the first ever by a British trainer. He won Classics in Ireland and Italy, and in Hong Kong recorded back-to-back wins in the Vase with Luso in 1996 and 1997, while another horse with a special place in his affections is the versatile Warrsan, who won the Coronation Cup in 2003 and 2004, and amassed more than £1.6 million in prize-money.

On the day of his announcement Brittain also revelead that his stable star Rizeena has finished her career after 16 races.

Her two wins at Royal Ascot in the Queen Mary Stakes and the Group 1 Coronation Stakes, marked her out as one of the best of her generation.

In 2015 she just went down to Amazing Maria but her figures of 1-1-2 at Royal Ascot show her class.

Her trainer said: “This wonderfully consistent filly owes us nothing and I think the time is right for her to retire to the paddocks.”

On her position in the pantheon of great fillies to have flourished under Brittain’s care, he added: “There was Pebbles, User Friendly, Sayyedati, Crimplene, and of course Rizeena to finish my career off. She has been unlucky not to have won more, but she put me back on the Group 1-winning mark again.” 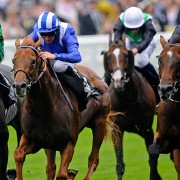 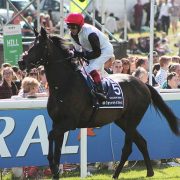