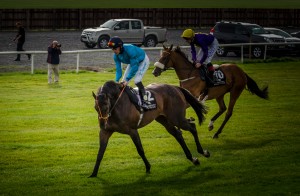 Brown Panther has been robbed of his chance to compete in one of Royal Ascot’s most prestigious races, the Gold Cup on Thursday 18th June. The popular stayer was set to be one of the star attractions for Royal Ascot Ladies Day hospitality guests.

Tom Dascombe’s charge finished third in the 2014 renewal and was expected to go close this season, but injury has ruled him out of the race. Owner and breeder Michael Owen tweeted: “Absolutely gutted to announce that Brown Panther injured his near-fore leg this morning and is out of the Ascot Gold Cup.” It is a shame that Royal Ascot Ladies Day hospitality guests won’t get to see this star in action, but the race still has plenty of quality and the market is headed by Irish star Forgotten Rules.

Godolphin have made another exciting addition to their team ahead of Royal Ascot with the purchase of Buratino who runs in the Coventry Stakes on the opening day of the meeting Tuesday 16th June. It will be the owner’s first runner for the powerful Mark Johnston team and the two-year-old’s trainer said “It’s quite exciting to have a runner in Godolphin blue and I think it’s a first for me, definitely in this country.”

Richard Hannon believes his best chance of tasting Royal Ascot success will be in the opening race on the second day of the meeting – Wednesday 17th June as Ivawood goes for the Group 3 Jersey Stakes. Champion jockey Richard Hughes rode the three-year-old in the both the British and Irish 2,000 Guineas, where he finished third on each occasion.

Hughes said in Saturday’s Racing Post column “I’d say he’s the horse to beat in the Jersey. He’s in great form, moving great, looks great, coming back to seven furlongs has to be ideal for him, and he’d be my tip of the week.” The Hannon/Hughes combination will be desperate to get on the board in front of the Royal Ascot hospitality guests.

Ascot clerk of the course Chris Stickels resumed watering on the track over the weekend, after the forecast thunderstorms failed to arrive on Thursday and Friday. “The ground is good, good to firm in places (watering) and we are going to water the round course tonight and the straight course in the morning” Stickels said on Saturday afternoon.

Horse racing’s most prestigious meeting is now just one day away. With superstars from around the world set to compete over five days of glorious action, Royal Ascot 2015 could be one the best in history. 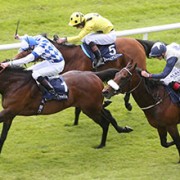 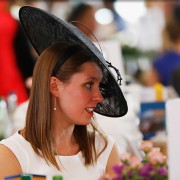